Roulette is the classic casino game, played at online casino sites, Vegas, betting shops and even on mobile. The combination of simplicity, luck and excitement makes it iconic and ever popular, but have you ever wondered where the game came from?

Roulette is without a doubt one of the most iconic games in the world of gambling. Available in some form at just about every casino establishment, it has reached a level of popularity that can only be rivaled by only a handful of other games. Nowadays it can be played all over the world, from Las Vegas to Macau and everywhere in between. But what was it at the moment of inception and how has it developed over the years?

There are several theories as to the true origins of roulette, but the main three all have the birthplace of the game in a monastery. One theory holds that French Dominican Monks invented the first roulette, basing it on a similar game played in Tibet and China. A second simply proposes that roulette was invented by a bored monk.

The third, and most popular, theory is that roulette was invented by the famous French mathematician and physicist Blaise Pascal whilst he was trying to develop a machine to demonstrate perpetual motion. Pascal was very religious and some proponents of this theory claim that he was on a monastic retreat at the time of the game’s invention.

Whatever the case, roulette has a rich history that goes back centuries and has developed over multiple continents and countries. In this article, we will explore some of the major points and changes that have occurred throughout the years. 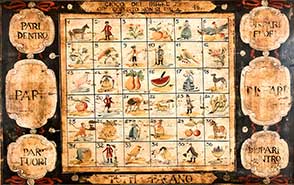 Throughout the 18th century, there are accounts of popular games being played across Europe that all bore a resemblance to the modern game of roulette. In England, a variant known as Even-Odd or Roly-Poly was played. The game consisted of a wheel and a ball, with the wheel split into 20 sections each marked either ‘even’ or ‘odd’. In Italy, Casanova describes a game that ‘all the great ladies were mad for’ called biribi. Biribi varied from roulette in that there was no wheel and ball. Instead, the winning numbers were picked out of a bag. The players did, however, bet on which of the 36 numbers on the board was going to be drawn out of the bag and in that respect is similar to roulette today, especially in California, where roulette is played by drawing from a 36-card deck rather than using a traditional roulette wheel.

Much debate rages about whether these games were precursors to roulette or contemporaries of the French game. It is clear from the name though that the French form of the game was the eventual victor, the word ‘roulette’ coming from the French for little wheel. 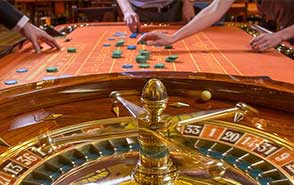 In 1856, the King of Monaco, Charles III was struggling with the country’s financial problems. Instead of turning to austerity measures Charles hit on the idea of opening a casino in Monte Carlo – why didn’t David Cameron think of that?! After a few false starts, Charles enlisted the help of French gambling entrepreneur Francois Blanc who made a huge success of the casino. Blanc is credited with creating the modern European version of the game with the single zero added. Legend has it that Blanc entered into a pact with the devil on the game’s creation as the numbers on the Monte Carlo roulette wheel all add up to 666 – the number of the beast! While this is most likely not the case, one can see why some would think that there was some supernatural involvement in the creation of the game.

Around the same time, European settlers to America had taken the game across the Atlantic. It flourished in the US and grew to become one of the most popular casino games stateside. But in its first years, the game was somewhat different to what we think of today as American Roulette. For example, rather than the standard 36-pocket wheel, many casinos and gambling establishments employed a strange variation that had 28 standard pockets, a zero and a double-zero pocket, and an ‘Eagle’ pocket, which featured the American Eagle. The eagle pocket pushed the house edge further into the favor of the house, but this practice quickly fell out of use. Eventually, the American Roulette variations settled to the version that we currently enjoy at land-based and online venues.

American Roulette has also contributed to the development of the US gambling industry. The game was first made popular in the South, featured at multiple New Orleans establishments, which used the double-zero layout. Interestingly enough, the wheel was not always placed directly on the betting table, rather to the side. However, due to widespread cheating from all parties, it became a common practice to keep the wheel on the table itself and it has remained so since then.

Eventually, the game’s popularity carried over to the West as the country was expanding. Over time, it found its way to Las Vegas and it has been a major attraction to the betting scene ever since. 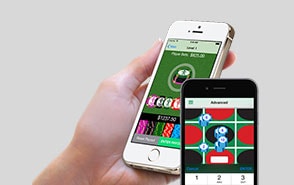 Roulette continues to be one of the most popular casino games with broad appeal. It has evolved with the digital times and is massively popular as an online game where you can play live dealer roulette from your own home, or a software version. It has also proved popular as a mobile betting game, allowing gamers to enjoy roulette wherever they are and whilst there are a number of new online variants, including progressive versions of roulette, essentially the roulette so many play online today is the same as that which has been played for the last 200 years or so!

With the advent of online gambling websites, many different and unique variations of roulette have surfaced in the last few years. These games have taken the traditional roulette formula and placed a new twist on it. Nowadays, we have out our disposal titles such as Mini Roulette, where we play with a small 13-pocket wheel, or 101 Roulette which features a larger 105-pocket wheel and multiple side bets. There is also a slightly obscure variation that does not feature any zero pockets, thus eliminating the house edge. The sheer variety of roulette titles in modern-day online casinos is outstanding and players are treated to new and exciting takes on the original roulette game, while also being presented with the opportunity to play the classic versions as well.

When all is said and done, roulette has come a long way since its early days. It has developed into a full-fledged casino game with a dedicated following. The genre has also gone leaps and bounds from what it once was and there are many different roulette types out there.

Players from all over the world are enjoying an unprecedented level of diversity that land-based casinos have never been capable of. All in all, ours is one of the best times in history to play roulette and we are sure that you will enjoy every moment of it.