Obviously cheating at any casino game is both illegal and immoral and not to be recommended, but who hasn’t fantasised about turning a slot machine into a free cash point? Here are the top five ways people have tried, and in some cases succeeded, to do just that.

Obviously, cheating at any casino game is both illegal and immoral and not to be recommended, but who hasn’t fantasized about turning a slot machine into a free cash point? Here are the top five ways people have tried, and in some cases succeeded, to do just that.

Cheating at casino games is nothing new in the gambling industry, with many clever individuals becoming infamous for their exploits. Through sheer ingenuity and low cunning several players have managed to leave their mark in history by cheating casinos out of their profits. Incidentally, they have also provided us with stories to regale each other and have some cheap laughs at the expense of gambling establishments everywhere. 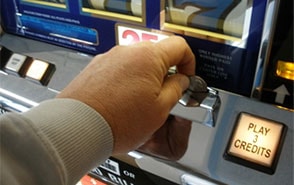 The original slots cheat was to tie a string around the coin the player was using to play with, lowering the coin into the slot until the machine had registered it, and then yanking it out again using the string. The player then continues with this method until they get a payout, risking none of their own money. Unsurprisingly this method only ever worked in the days of limited casino surveillance, and even then users of the yoyo were likely to be caught. In these times of CCTV and sophisticated security the chance of success using this technique is pretty slim, and of course, a cheat such as this won’t work with online and mobile slot games.

A variation on the yo-yo, instead of attempting to get your coin back out of the machine, you put fake money or tokens into the machine. The master of this cheat was an American called Louis Colavecchio. A jeweller, Colavecchio used his skills to make high-quality copies of the tokens used in casinos across Atlantic City and Connecticut. It wasn’t until a casino in Atlantic City realised it had more tokens on the gambling floor than they’d released that suspicions were raised. Colavecchio was eventually found with a carload of fake tokens, arrested and served 7 years in jail.

So is it possible to pull off such a cheat today? Probably not, apart from the fact that more and more casinos are using paper and electronic payment systems rather than tokens, the level of skill required to make convincing forgeries is extremely high. Colavecchio himself has said he doesn’t think anyone else could do it. Of course, there are other ways to get free spins these days! 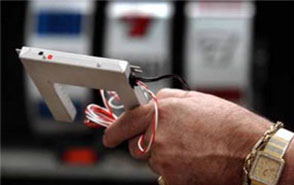 One cheater who got caught using the Top-Bottom Joint was Tommy Carmichael. Being caught and jailed didn’t discourage him from cheating slots though. He just resolved to get better at it. After his release from jail, he went on the develop several more slot-beating tools, including the Monkey Paw, an evolution of the Top-Bottom Joint that allowed the user to locate and release the hatch that released money from the machine. 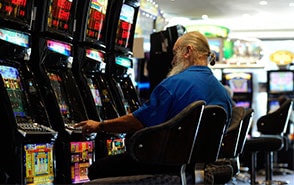 Another Tommy Carmichael invention, the Light Wand, was essentially a tiny torch that could be inserted into a slot machine and shone at the optical sensor that regulates how much money to churn out on a win.

The light ‘blinds’ the sensor so it has no idea of when to stop giving out coins, turning a little win into one that empties out the machine. Unfortunately another option that won’t work at online or mobile casinos!

All the cheats above are more suited to old style machines that have been mainly phased out by casinos. Cheat code has developed as machine software has been introduced and become more sophisticated, and as gaming has moved online. The software developer of a particular slot machine programme will introduce ‘rogue’ logic.

This could be that the machine will pay out if buttons are pressed in a certain order, for example, or if coins are inserted in a particular sequence. The difficulties of this cheat include the clear fact that only the coder of the programme can use the cheat, and once the cheat is discovered it’s pretty clear who the perpetrator is. 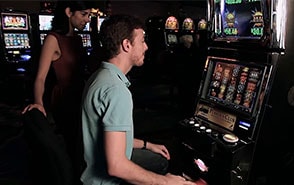 Back in 2014, employees at the Lumiere Place Casino in St. Louis, USA noticed something particular. On two consecutive days, certain slot machines had paid out significantly more than they had collected. While casinos do expect some losses in the short term, these were much out of the ordinary. Upon closer investigation, the staff found out that a relatively unassuming man was holding his iPhone smartphone unusually close to the game’s display. He would then play a few games, winning several hundred at once. Interestingly enough, this man would only play at older models designed by Aristocrat Leisure, a casino game manufacturer from Australia.

Eventually, the man was arrested and he was identified as one Murat Bliev, a Russian citizen and part of a worldwide cheating crew. Apparently, he and a few others had been defrauding casinos all over the country with their inconspicuous technique, which involved magnet manipulation of pre-targeted machines. As it happens, the slots they had been playing came with a manufacturing defect, which modified the win ratios of the affected machines. The most interesting part? Casinos have no way of fighting this malfunction, save for the manufacturer recalling all machines of the series, which are available at dozens of US gambling establishments.

As far as Bliev and his partners in crime are concerned, they did not escape justice. Several of the perpetrators, including Bliev, have already served their sentences and have been deported from the US.

While we are sure that all of these exploits have brought much fame and fortune (and trouble with the law to boot) to these individuals, we are also inclined to believe that we will not see their like again soon. As it happens, casinos have upped their security to an almost Orwellian level and there is always a ‘Big Brother’ employee looking over everyone’s shoulder in the surveillance room. In the case of online casinos, it is nigh impossible to cheat at slots, or any other casino game for that matter, leaving us with no choice but to follow the rules. Granted, cheating is nothing to be proud of and it only serves to ruin the experience for everyone in the long term.

So the conclusion is that you’re probably best hoping that lady luck is on your side when playing the slots rather than attempting to beat the system. Of course, cheating works both ways, particularly in online slots you need to use reputable online casino sites to make sure they aren’t cheating you! Have a look at online slots and mobile slots reviews before signing up to a game and whilst casino bonuses aren’t guaranteed free money, they are certainly a big help!